Keynote 1: Human-Augmentation and the Future of Human-Computer Integration

Traditionally, the field of Human Computer Interaction (HCI) was primarily concerned with designing and investigating interfaces between humans and machines. However, with recent technological advances, the concepts of “enhancing”, “augmenting” or even “re-designing” humans themselves are becoming feasible and serious topics of scientific research as well as engineering development. “Augmented Human” is a term that I use to refer to this overall research direction. Augmented Human introduces a fundamental paradigm shift in HCI: from human-computer-interaction to human-computer-integration, and our abilities will be mutually connected through the networks (what we call IoA, or Internet of Abilities, as the next step of IoT: Internet of Things). In this talk, I will discuss rich possibilities and distinct challenges in enhancing human abilities.

Jun Rekimoto received his Ph.D. in Information Science from Tokyo Institute of Technology in 1996. Since 1994 he has worked for Sony Computer Science Laboratories (Sony CSL). In 1999 he formed and directed the Interaction Laboratory within Sony CSL. Since 2007 he has been a professor in the Interfaculty Initiative in Information Studies at The University of Tokyo. Since 2011 he also has been Deputy Director of Sony CSL. Rekimoto’s research interests include human-computer interaction, computer augmented environments, human augmentation, and human-AI-integration. He invented various innovative interactive systems and sensing technologies, including NaviCam (a hand-held AR system), Pick-and-Drop (a direct-manipulation technique for inter-appliance computing), CyberCode (the world’s first marker-based AR system), Augmented Surfaces, HoloWall, and SmartSkin (two earliest representations of multi-touch systems). He is a member of the ACM SIGCHI Academy, is very widely published and won numerous research and design awards for his research. 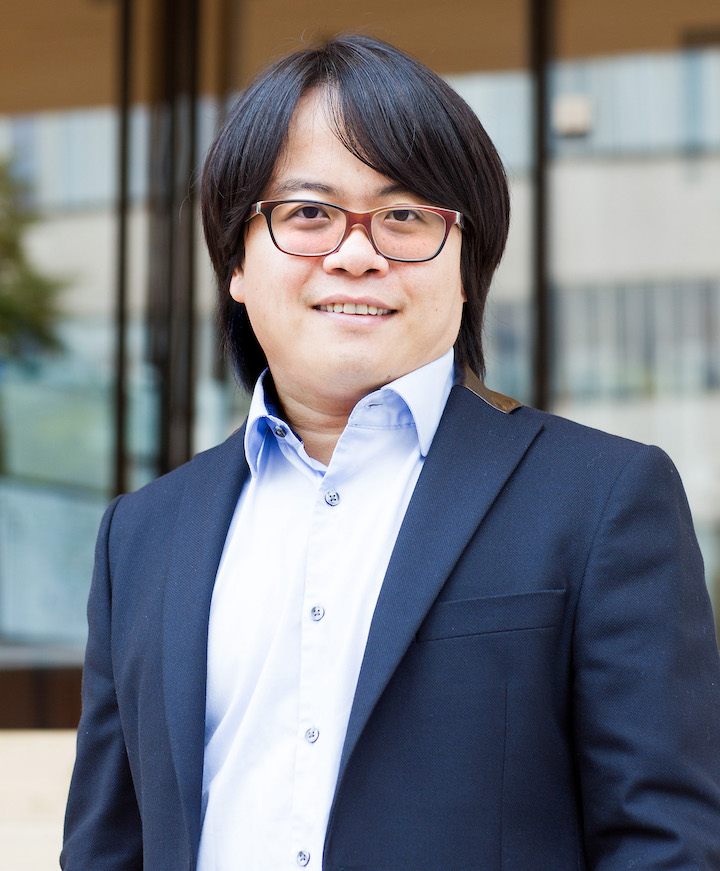 Smartphone is now a necessity of people’s daily life, and we are enjoying various services on it with numerous mobile applications. However, the resource and communication limitations of a single mobile device make it insufficient in satisfying the real-time and interactive constraints of some computation intensive applications, such as mobile Augmented Reality (AR) and mobile Virtual Reality (VR). To bridge the gap, we utilize the processing power of edge servers via task offloading and build practical mobile systems which significantly outperforms state-of-the-art mobile systems in terms of latency, scalability, quality of experience (QoE), and many other aspects.In the case of mobile Augmented Reality, large-scale object recognition is an essential but time-consuming task. To offload the object recognition task and enhance the system performance, we explore how the GPU and the multi-core architecture on the edge servers would accelerate the large-scale object recognition process. With the carefully designed offloading pipeline and edge acceleration, we are able to finish the whole AR pipeline within one camera frame interval while maintaining high recognition accuracy with large-scale datasets. In the case of mobile Virtual Reality, existing 360 degree video streaming systems are suffering from insufficient pixel density, as the video resolution falling within the user’s field of view (FoV) is relatively low. We utilize the edge server for ultra-high resolution video transcoding and implement a system which streams tile-based viewport adaptive 360 degree videos onto the mobile client. With this edge proxy, we successfully achieve 16K 360 degree video streaming onto off-the-shelf smartphones, achieving high frame quality and fluent playback without overwhelming the processing capacity of the smartphones.

Pan Hui is the Nokia Chair in Data Science at the University of Helsinki and the director of the HKUST-DT Systems and Media Lab at the Hong Kong University of Science and Technology. He is an International Fellow of the Royal Academy of Engineering, a Fellow of the Institute of Electrical and Electronics Engineers, a Member of the Academia Europaea, and a Distinguished Scientist of the Association for Computing Machinery. He received his PhD from the Computer Laboratory at University of Cambridge, and both his Bachelor and MPhil degrees from the University of Hong Kong. He was a senior research scientist and then a Distinguished Scientist for Telekom Innovation Laboratories (T-labs) Germany. His industrial profile also includes his research at Intel Research Cambridge and Thomson Research. His research has been generously sponsored by Nokia, Deutsche Telekom, Microsoft Research, and China Mobile. He has published more than 350 research papers and with over 20,000 citations. He has 30 granted and filed European and US patents in the areas of augmented reality, mobile computing, and data science. He has founded and chaired several IEEE/ACM conferences/workshops, and has served as track chair, area chair, senior program committee member, organising committee member, and program committee member of numerous top conferences including ACM WWW, ACM SIGCOMM, ACM Mobisys, ACM MobiCom, ACM CoNext, IEEE Infocom, IEEE ICNP, IEEE ICDCS, IJCAI, AAAI, and ICWSM. He was an Associate Editor for IEEE Transactions on Mobile Computing and IEEE Transactions on Cloud Computing, and a guest editor for various journals including IEEE Journal on Selected Areas in Communications (JSAC), IEEE Transactions on Secure and Dependable Computing, IEEE Communications Magazine, and ACM Transactions on Multimedia Computing, Communications, and Applications. He also served as a member of the IEEE Computer Society Fellow Evaluation Committee.